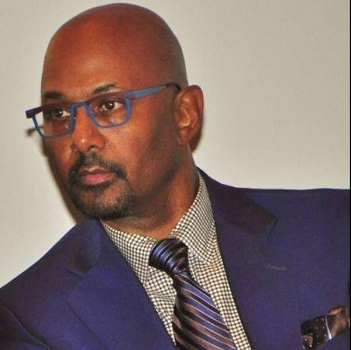 Ken Smaltz is a true entrepreneur who has created success and support for Black communities through passion, hard work, and mentorship. He started Black Folk Must Vote in 2004 in response to low voter turnout among African Americans. He introduced the phrase – which was first used during the 1960s to encourage Africans Americans to register and vote— during the Kerry/Bush election when he produced and sold more than 200 shirts with the slogan. Smaltz realized the power of the message and decided to create a pro-voting effort to increase African American participation in elections.

Since that weekend, Smaltz has continued to design and produce the Black Folk Must vote line of clothing that are the instruments of his campaign to discuss issues affecting African Americans. Through BFMV, he has led dozens of GOTV efforts in east-coast cities and spoken about the importance of voting at a number of institutions, including New York City high schools, youth organizations, and Historically Black Colleges and Universities, and Louisiana State University, after marching alongside Al Sharpton and Jesse Jackson in support of the ‘Jena Six.’

As a businessman in the world of wealth building through precious and rare commodities, Smaltz understands the tangible value of voting. What is most important to him and the Black Folk Must Vote effort is not just getting people to vote, but also allotting Black people a sense of real power and involvement that they can see reflected in the economic growth of their communities and personal financial stability.

“We are the ones we have been waiting for.” — June Jordan